A PowerShell based FTP runner for TeamCity builds 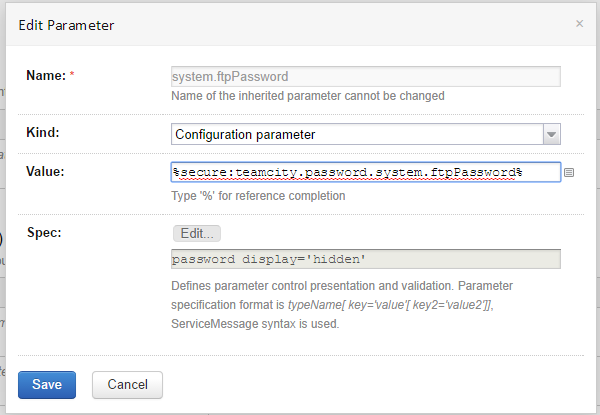 This blog post can be seen in continuation of my last post proposing a deployment strategy for Drupal installations, or an independent post in itself. The objective is to create a Build Runner for TeamCity builds that can upload/push (all or selectively) files/folders affected in each build to one or more remote servers over FTP for deployment.

The intent initially was indeed to automate deployment for Drupal installations but the (Powershell) scripts are written to provide a completely autonomous mechanism to trigger FTP uploads to remote servers for files/folders affected in each TeamCity build. The end-result is a set of PowerShell scripts that can be configured as a build step to achieve the stated objective.

To provide a bit of a background on why PowerShell was chosen, I originally intended to write a native TeamCity build runner taking cues from the code of existing runners open-sourced by JetBrains. However, I did not had a TeamCity dev enviornment available at hand for native Java-based TeamCity development. The fact that .Net provides a very friendly FtpWebRequest class that makes creating a custom FTP client a breeze, turned the tide in favour of a .Net based solution. And finally our TeamCity servers being all Windows based, sealed the decision in favor of PowerShell (further aided by the availability of a very powerful PwerShell build runner in TeamCity out-of-the-box).

Okay so now, these were the design objectives that I thought the FTP runner should satisfy:

I would like to mention here that I found a third-party FTP runner available for TeamCity, and I played with it too. However it did not satisfy many of the listed objectives and the single most important reason for rejecting it out-right was it was trying to re-upload the entire content under source control to the remote server for each TeamCity build. It might be okay doing this for specific use-cases but isn’t acceptable generally I would say; and wasn’t at all for us considering our use-case of automating Drupal deployments.

Now some insights into TeamCity’s behaviour and internals much of which I discovered while writing these scripts for FTP deployment (and each successive discovery increased the wow factor for TeamCity, considering how carefully its thought out for extensibility. DISCLAIMER: this is not sponsored content

, but my own assessment after what I worked with and found).

This was enough enlightment about TeamCity support needed to write our FTP upload PS scripts that would achieve the stated objectives. However I would like to describe the parameters these scripts need before discussing the scripts themselves. All in all, the scripts utilize 3 required and 2 optional parameters:

Because of the way TeamCity parameters work, you should specify all these 5 parameters as System properties on your build. Starting with TeamCity 8.1, you are able to edit Spec for a parameter and select Password for a parameter’s type which masks the parameter’s value all over the TeamCity’s interface but making it available to build scripts in the properties files.

You would want to specify type Password for both ftpUsername and ftpPassword parameters and possibly for ftpBaseUrl too. The screenshot to the right demonstrates how you can edit Spec for a parameter and choose type as password (please click on the screenshot to enlarge).

I would now jump to the scripts and give a brief overview of each of the files that comprise the set of scripts performing the actual FTP upload functionality (attached with this blog post as TeamCity.FtpRunner.zip). Please note only TeamCity.FtpRunner.zip contains the actual scripts, all other attachments are sample TeamCity files to help understand the working of the scripts and need not be deployed.

The below screenshot demonstrates sample configuration for a PowerShell build step to utilize these scripts (please click to enlarge the screenshot):

Now comes the question, how would you get the scripts on your build server. There are a couple of ways of doing that:

I have provided detailed steps to create a Configuration Template for these FTP runner scripts and subsequently creating a Build Configuration based on the template in my other blog post that I do not feel like repeating all over here (so please follow the links for getting assistance with creating the configuration template and build configuration to actually utilize these scripts).

The scripts are also available as a GitHub repo at the following url in case you are interested in checking-out the commit log or contributing to the scripts:
https://github.com/imbibe/TeamCityPsFtpRunner

As always, please feel free to use the comment section to let me know what you think about the approach and if you need help with anything related to this blog post.